Today we present you an interview with the American director Walter Ungerer. His experimental film ‘ICI’ is featured on our website. His interesting approach of film making got us curious and we decided to ask him some questions: about films, life and inspirations.
Watch ‘ICI’ here
This is a shorten version of the interview. You can read the full version HERE. 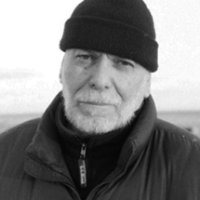 My name is Walter Ungerer. I am a media artist living and working in Rockland, Maine, USA. I create films that are personal and experimental.

How did film making come to your life?

In 1940 there was a movie theater near where I lived in New York City. I went there often, and alone on Saturday mornings and afternoons. This is where I had my first introduction to “movies”. I remember walking into the theater, and finding it difficult to see where I was going. I remember  becoming engulfed by a darkness. I noticed other people were there, but they all seemed to disappear in a few minutes after I located an empty seat. Images of strange lands and larger than life strange people began to appear on a wall in front of me. The was a sensation of being transported, and with anticipation, to somewhere new and sometimes dangerous. You can call it magical. Eventually I became enthralled with that magic, that power and ability of film making, to move people to laugh and cry and feel emotions, I wanted to learn that ability so that I could use it in my own films..

What is your process of film making?

The film making process for me today is very different, having evolved over many years of making films. Today I begin my working day in my editing room. Whatever idea comes to me there, I follow. It might suggest where I should go to film that day. I might go out locally into town with my camera. There is no preconceived idea or plan. Whatever attracts my interest, I follow. At the end of the day I come back to the editing room where I transfer the film clips to a computer hard drive. After several days, weeks or months I will have accumulated a body of film clips. When I have a substantial body of material, I begin to review it and place it in some temporary order. I will organize everything in a folder. It will include sounds I’ve heard. They can come from a radio playing, a washing machine running, a bird outside, an airplane passing by overhead, a car sound, and almost anything. At this point in the process, a project is developing, and I continue to follow my impulses. This is my procedure to follow my impulses. As much as possible it is the creative, instantaneous decision making that occupies my time. The mechanics of operating the equipment and taking the steps to produce a film, are minimized, though when new equipment or new software comes into use, there is a learning curve to grasp what is necessary for using it. 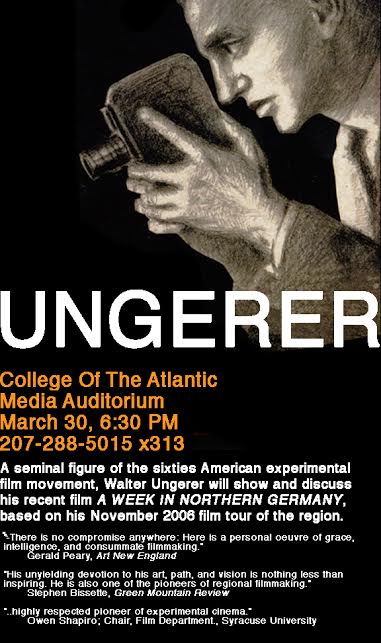 What is independent film for you? Why did you choose it?

At one time I thought of an independent film as one that was guided by purely aesthetic values, and had as its primary objective to create a beautiful product with cultural and spiritual values. Today I think this is still a possibility, but difficult. When more people are involved with a project, it is more difficult to have agreements. People have different aesthetic values. There are other values, too. People want box office success. People want to enrich the culture. The more people that are involved with a project, the more there is potential for distention and disaster. Mostly, I work alone today.

What is important for every filmmaker? Is it a must to finish a film school to become one?

Is it a must to finish film school? When I taught film making at Columbia University, where the tuition was high, I told the students they would be better served using the tuition money to make a film. It would offer better direct film making experience in a shorter period of time, and the result would be a finished film. Life is a different path for everyone. My Columbia University students thought film school was the answer.

What do you do „outside the set“?

Cut grass, chop wood, and watch the clouds go by. 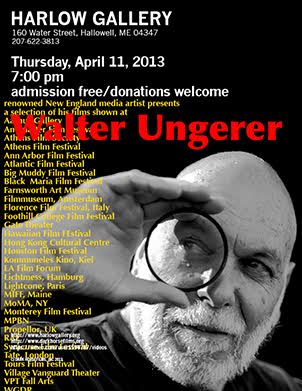 Is film making actually a „dream job“? Does it pay well?

You could say that. To be able to work creatively with all the elements for making film available to me as a filmmaker, is wonderful.

No, it does not pay well. It hardly pays anything at all, and that is what I must endure. Still it is the way I have chosen. I am an artist. My art is film making.

What film making have taught you?

Life is one mistake after another. Just keep making mistakes, and learn from them.

Within me lies the soul, absolute truth. It resides in us all.

My work attempts to emanate from there. No intellect is required,

only honesty. It presents itself as the spirit of my work.

More is unknowable. This is the mystery called life.